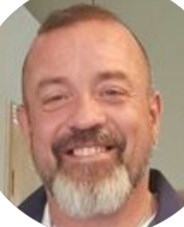 Rob Maggart is a Master Stylist with over 30 years of experience in the hair care industry.

Originally from Keene, New Hampshire, Rob relocated to Colorado Springs in 2015. Prior to becoming a stylist, he worked in the construction industry doing work in carpentry, masonry, and painting. It was after attending a hair show that Rob discovered the creativity of hair dressing.

Not only does the work provide an outlet for Rob to produce beautiful colors and designs, but he has also discovered the impact that quality hair techniques can have on an individual. By communicating and collaborating with his clients, Rob has the ability to deliver the best service and results possible.

While perfecting his craft, Rob attended classes and hair schools eventually becoming an educator himself. For 14 years, Rob conducted workshops for hair shows along the East coast demonstrating color processes while representing well-known companies such as Goldwell of New England, Rusk, and Pravana.

Rob expanded on his abilities opening several salons in New Hampshire and Vermont before coming to Colorado; his expertise as a business owner is a true asset. While a salon owner, his shops were voted Best Of for five years in a row.

Rob is proficient in various hair processes including perms and cut techniques for women, men, and children and specializes in color and color correction. Rob can provide services for everyone in the family.

Rob is not satisfied with only staying up to date with the latest techniques, he wants to be the best in the industry and provide his clientele with outstanding results. His mission is to provide quality hair services to all walks of life. Feeling beautiful and being confident in your appearance is for everyone. Rob believes beauty has no limit.

Since he is from New England, Rob is an avid fan of the Patriots and the Bruins, though try not to hold that against him. Away from the salon, Rob enjoys all that Colorado has to offer. He enjoys hiking, biking, and staying active. If you see him walking downtown or perhaps in Palmer Park, you will probably find him with his constant companion and best girl, his husky, Nikita.

You can find Rob on Facebook: Rob Maggart The Hair Viking (@RobTheHairNinja)

Balayages' and Ombres':  These Color techniques give  hair a graduate effect from high impact to low maintenance.  Check out our video in our gallery for some ideas. At Styles Hair Salon, we will guide you in choosing  the best Ombres' and '  options to meet your needs.

Balayages' and Ombres':  These Color techniques give  hair a graduate effect from high impact to low maintenance.  Check out our video in our gallery for some ideas. At Styles Hair Salon, we will guide you in choosing  the best Ombres' and '  options to meet your needs.